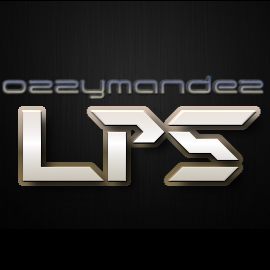 OzzyMandez is a British MashUp artist and Let's Player who first became active in Winter of 2009. He is from Manchester, England but due to his Irish background he sports a very noticable Northern English/Irish hybrid accent.

Ozzy is already somewhat known on YouTube within the wrestling community, having made mashups related to said subject. He gained over 600 subscribers and a small cult-following in doing so.

In addition to his mashups and wrestling videos, the British YouTuber is very active on Twitter where he can be found live-tweeting WWE events, and as of December 2013 he has appeared on FanOff podcasts RBR: Weekly Wrestling Talk and Generation Animation, twice on both.

In late 2011, he was introduced to the concept of LPs when he saw Austrailan commentator dshban's LP of "Rugrats: Search For Reptar" and was facinated by the concept of commentating over the game. He spent a year looking into it and seeing what would provide the best quality in terms of capturing software and what would be cheapest and then, in July 2012, Ozzy announced to his small-scale fanbase that a Let's Play channel had gone into development. Over the next few months he would quietly promote it until late October, when he would upload a quick LP of Slender and began his first full Let's Play, Bully: Scholarship Edition. From then on he stuck to a simple shedule of uploading every Friday, Saturday and Sunday.

Ozzy took the first four months of 2013 away from LPing to review his style and take a general break from making videos. During his break, Ozzy recieved his first full YouTube Partnership.

On Twitter, Ozzy revealed a new logo for his channel with the hashtag "#relaunch". On May 1st 2013, he uploaded part 5 of his Bully: Scholarship Edition series, which looked a lot better quality, utilised a more jump-cut style that purged all the aimless running around on the huge map and got rid of the intro that had occupied previous videos. He also uploaded part 1 of Portal 2, a new Let's Play where he took a more informative/instructional approach. However, his let's play-based channel would eventually be abandoned due to lack of time, and Ozzy would return to mashups. His LP videos have since been removed.

Ozzy has often said he would like to return to the Let's Play genre, however not if he's doing it alone. He has discussed the idea of a live stream of some sort. As of 2014, there have been no developments.

At time of writing, Ozzy has only done one impromptu live stream where he played The Binding of Isaac and Garry's Mod and interacted with viewers.

He has announced that he is toying with the idea of doing regular Live Streams in the future on Twitch.TV, but no further discussion has been made.

Retrieved from "https://letsplay.fandom.com/wiki/OzzyMandez?oldid=18060"
Community content is available under CC-BY-SA unless otherwise noted.